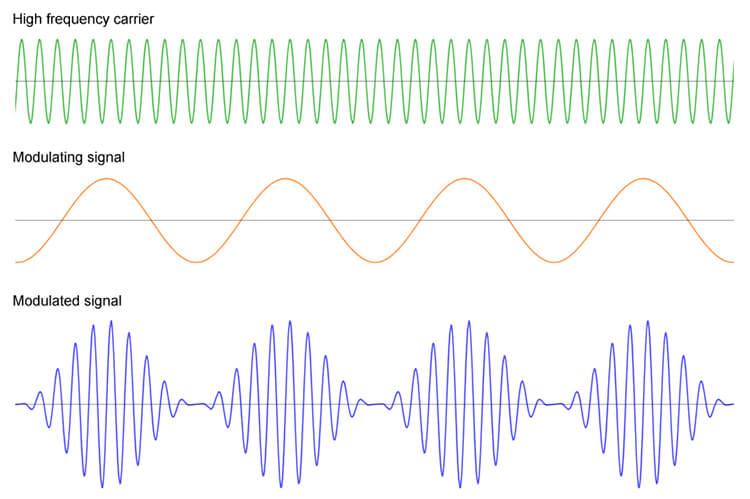 Modulation is the harmonic transition from one key to another. A simple example is the following modulation from A minor to C major.

Modulation from A minor to C major

The ear is initially arranged in the tonal composition in A minor, but is then torn out of this key with the tone of G. If there are no other tones outside the key of A minor, perception suggests a key that, firstly, contains the tones that occur with g, and, secondly, shows the maximum correspondence to the tonal composition of the previous key. In this case, it is the key of C major. A more detailed study of modulation comes down to the laws of modulation, on the basis of which musical works can be subjected to harmonic analysis.

Harmonious relationships between keys are realized in modulation. This relation is based on the harmony of tones (consonance) and the harmony of consonances (tonality), and therefore represents harmony in the third dimension: the tones of the keys harmonize because of their common tones. The usual expression of this harmony is the relationship of keys.

If the root, and therefore the root and tonic, change over a longer period of time during a piece of music, modulation has taken place. If the change is momentary, so that the new tone is not perceived as such by the ear, it is called an evasion.

There are three main types of modulation:

Next, we will consider each in order separately.

There is always a chord serving as a “link” between the source and target keys in diatonic modulation. This chord has the correct scale in both keys. It is rethought functionally and thus allows you to continue moving in a different way. Then it is a modulation chord.

Any chord scaled in two different keys can be a modulation chord for exactly those keys.

The following example modulates from C major to B minor.

The modulation chord (blue frame) is an E minor chord. In the starting key of C major it is Dp (chord on the III degree), in the target key of B minor it is s (chord on the IV degree). Thus, it is reinterpreted from Dp in C major to S in B minor.

An extended understanding of the term “diatonic” modulation also includes modified chords such as the Neapolitan sixth chord (Neapolitan). The following example shows the rethinking of the tonic into an independent Neapolitan. Again modulation from C major to B minor.

This type of modulation gets its name because the change in key occurs with the help of alteration. There is no need for a triad of scales common to the start and target keys. A transitional chord (modulation chord, blue box, see below) can often be distinguished, sometimes several. The more chords that can be interpreted in both keys during the transition phase (blue boxes, see below), the smoother the transition.

Theoretically, tone type does not play a big role in modulation. Thus, it is possible to modulate both the major and minor version of the target key using the same modulation chords.

When analyzed, a key change can be noted at two “levels” (shown below as red and green boxes).

While in example a) the final chord of the intermediate dominant in C major is inherent in the scale (Tp), in example b) it is not. It is not Tp that is heard here, but the corresponding major variant (TP – ?), so that it is an ellipse in relation to the C major level.

One possibility of modulation is the “Verduren” (sound variant) of the scale’s minor chord. Then it becomes dominant in relation to the target key.

In the example, the minor subdominant chord follows the initial key of A minor and its variant sound (D minor => D major) and thus opens the way to G major when converted to dominant. This example adds a seventh chord to the modulation chord as a second chord to enhance the effect.

In enharmonic modulation, a chord is reinterpreted by enharmonic mixing one or more tones of the chord in such a way that it results in another key as a modulation chord. These are dominant chords. It means that a dominant can lead to several resolving chords. The dominant is denoted differently depending on the key of the corresponding chord of resolution.

In particular, altered dominant chords are suitable for enharmonic modulation because they can be easily reinterpreted.

The most versatile chord in this regard is the D v.

Since each of the four tones of this chord can be the third tone of the dominant, and therefore the leading tone of another key, it is possible to divide it into four different keys and thus modulate one key into three others.

The “pristine” D 7 can also be used to modulate, changing its seventh to a third enharmonic. This creates a D v with a slightly altered fifth tone of the complementary key.

In addition, dominants with a highly modified fifth tone are suitable for enharmonic modulation.

Other types of modulation

Modulations are also possible in which there is no modulation chord between the source and target keys. For example, one can “walk” through the fifths of the circle of fifths until the target key (the fifth case sequence in the bass) is reached. After that, it must be fixed.

Other tones can also be used as intermediate stations. In the example below, this is done as a sequence.

Dimple modulation has a special effect. In this case, the functions of the target key are performed regardless of the “smooth” transition through the intermediate chords.

Here, the tonic G minor modulates into the tonic parallel of B flat major.

The modulation chord is a C minor chord, which is G minor S in the start key and B flat Sp in the target key.

In the first case, the decisive chord is the “f” seventh chord (bars 61/62), which in A minor can be heard as an intermediate dominant to the independent Neapolitan (B flat major chord, bar 63) which actually follows it. This Neapolitan is also a new tonic, for which the seventh chord on “f” from measure 61/62 has a dominant function.

In the second case, the sex fifth chord with the root “d” is a modulation chord (measure 68), which in B flat major is an intermediate dominant to tr (G minor), which becomes the new tonic (measure 70).

The subsequent change in key from G minor to A minor is too short-lived to qualify as modulation. The trigger key in A minor is the station (intermediate tonic) on the way to B minor (m. 78). An interesting transition is from B minor to F sharp minor (bars 80-83), in which the dominant B minor – the F sharp major chord – is repeated and then “lowered” until it becomes a perceptible intermediate tonic. Further tonal changes are again intermediate stations, this time to return to the main key of the sonata, namely D major. This comes from the last achieved key of F sharp minor over fifth of B minor (T. 86), E minor

One of the most beautiful modulations from A minor to C major.

Modulation chord is an F major chord, i.e. tG in A minor, S in C major.

After the transition from the initial key of F major to the dominant of C major (mm. 1-21), in the 22nd measure of A major, the theme of the movement suddenly sounds, which makes it feel like they were transported “to another world”.

Here it is modulated from E flat major to G minor. The modulation chord is the chord boxed in blue on the third beat of bar 33. The ear initially interprets this chord as an intermediate dominant to the subdominant of E flat major. Then the modulation chord would have to be notated with a “half tone flat d, D 2” as a seventh tone (see reference note). The “E flattened by a half tone, E 2” in the bass would then be the root of the chord. Instead of the “a half tone flat d, D 2”, Beethoven notates a “C sharp “, so the root note “E flattened by a half tone, E 2” becomes the low-altered fifth of a shortened double dominant seventh chord in G minor. (The missing root is an “a”.) It resolves over the dominant G minor six-quarter chord.

It wants to recognize the structure of individual chords and determine the quality of tones within a chord.

It includes skills in step theory and also deals with relationships between chords.

Due to different attempts at explanation, there are different views between the two theories. Each of them has advantages and disadvantages in describing certain issues.

For the same reason as the figured bass, chord symbols in jazz and popular music are not a theory. But since this is the corresponding form of recording of our time, it will be considered here in more detail.

The following laws can be deduced from the concept of modulation:

Taking into account these laws is a necessary condition for the correct harmonic analysis of a musical work. The commonly accepted notion of modulation operates with the wrong notion of reinterpretation.

A derivation of these laws from the principle of modulation, as well as a more precise representation using example notes, can be found in Chapter 3 of Tonal Music. 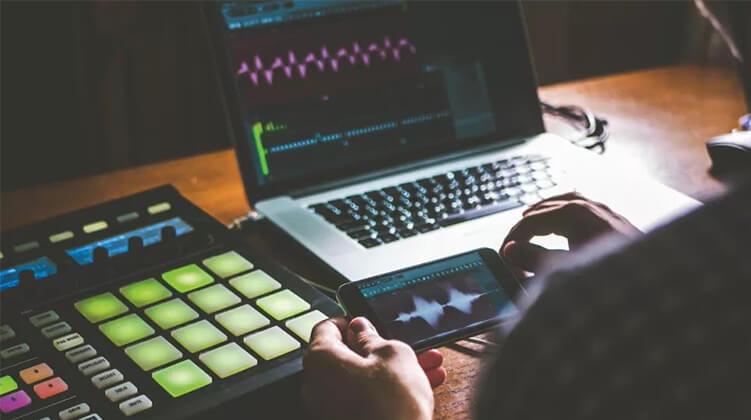 Nowadays beatmaking is gaining popularity not only as a simple hobby, but also as a type of professional activity ... 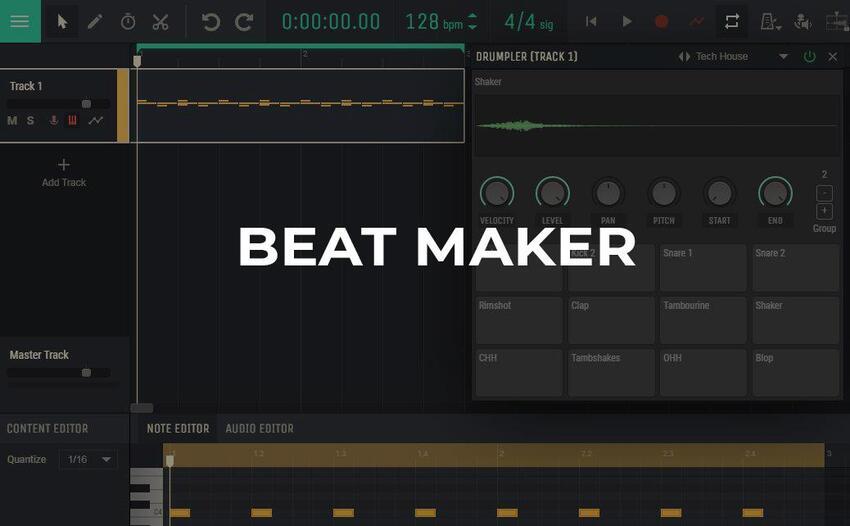 Amtrack has become an official Google partner. Our PWA application is hosted on the Play Market. 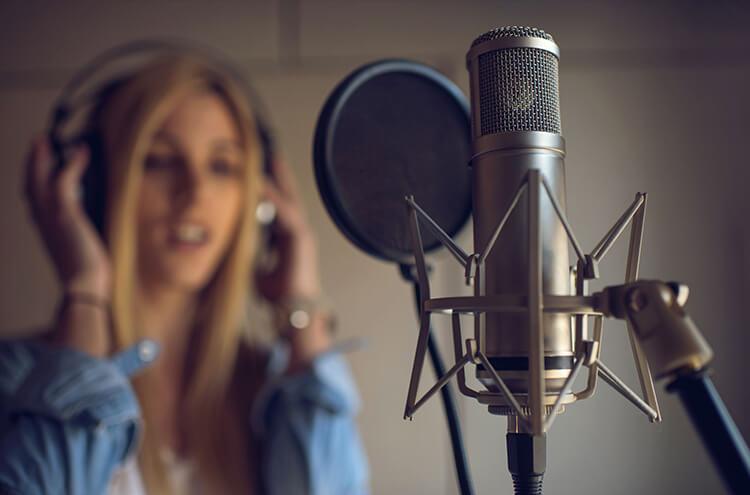 If you are into music, then eventually you will face the question of your voice recording for a song. Many singers resort to different options, for example, they negotiate with professional studios ... 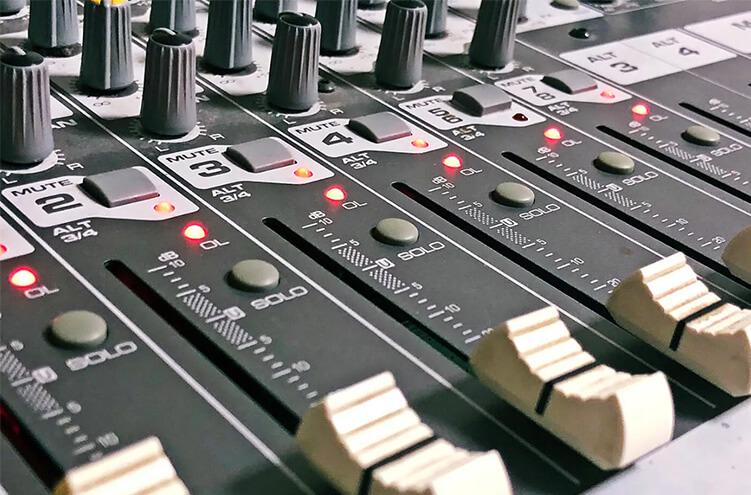 There is a close relationship between music and physics in the field of sound. The starting point of consideration is the so-called overtone series ... 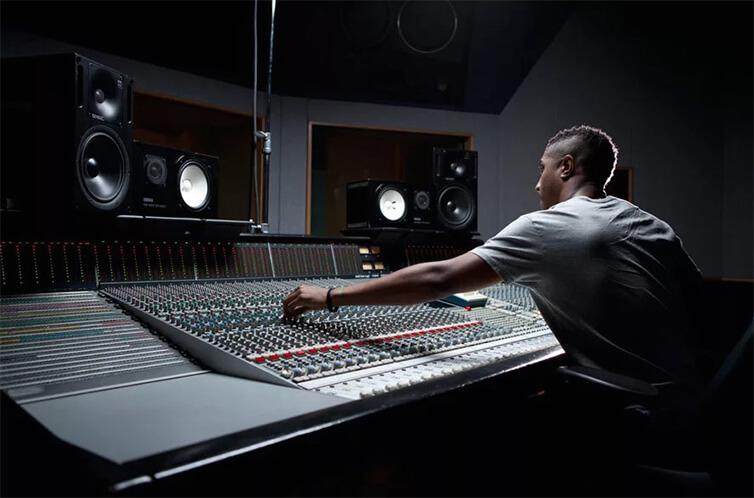 Audio production is a branch of the music business that involves the creation of music tracks, their processing and arrangement...

Online audio editor is the easiest and fastest way to change music files. It is possible to edit, cut, combine, and apply the added compositions... 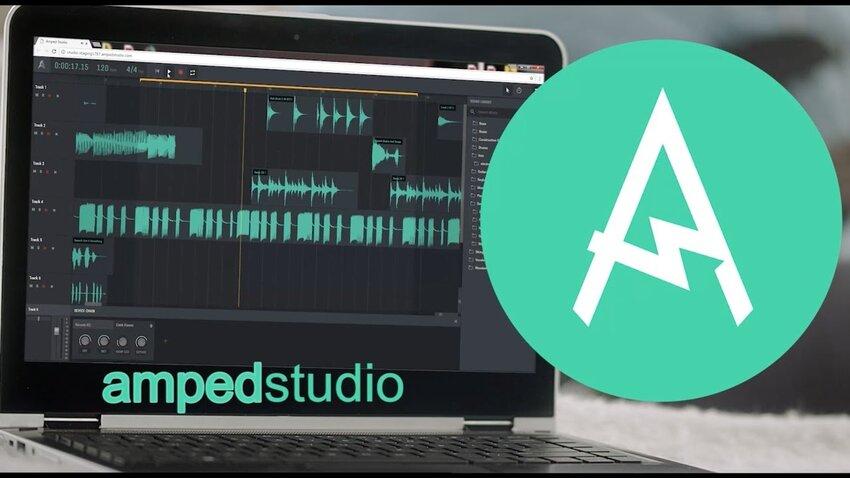 Aspiring and independent artists, musicians, composers record material at home. They connect guitars and microphones to audio interfaces and then convert their music... 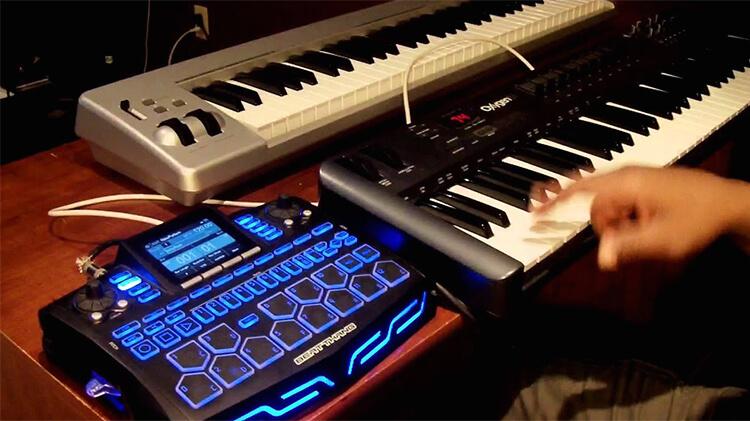